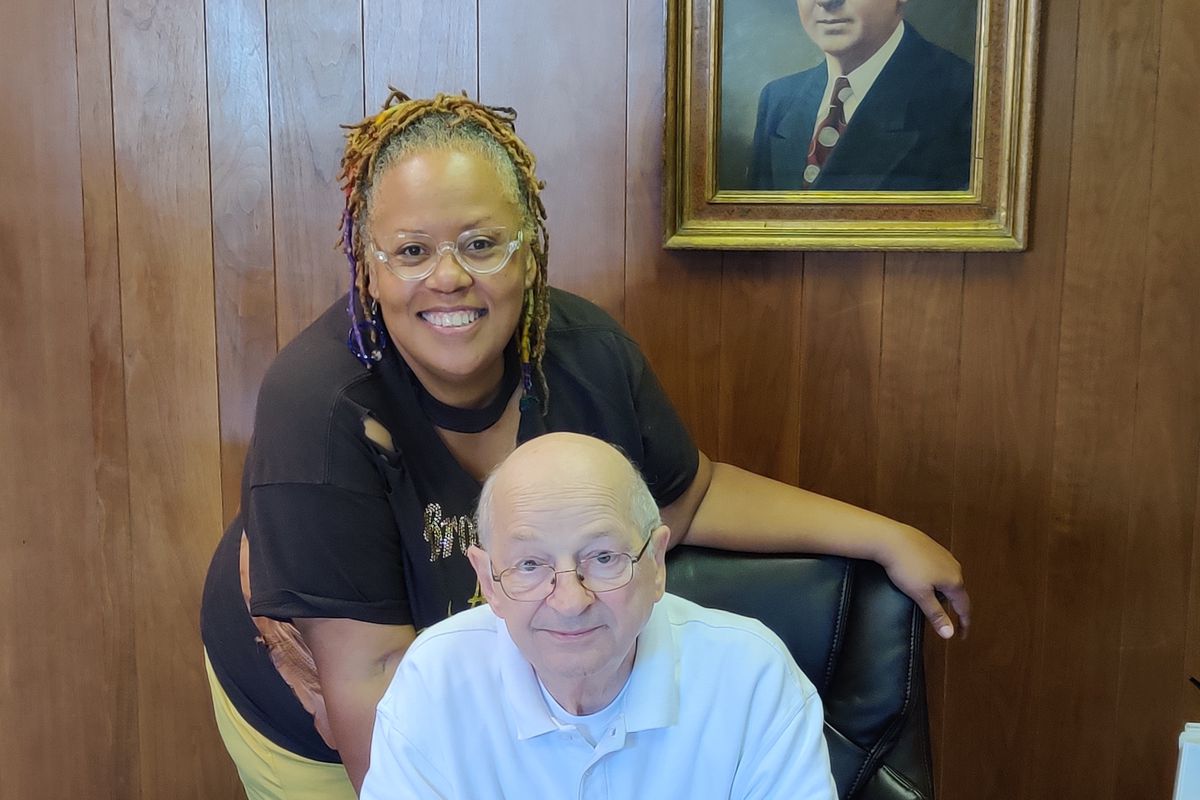 With help from the state, the owner of Brown Sugar Bakery is buying a staple on the Southwest Side, Cupid Candies.

In times like these, we could all use good news, especially about minority-owned businesses expanding in Chicago. They’ve been dealt cruel blows lately, between the shutdowns forced by COVID-19 and the riots. Some business owners question whether it’s smart to rebuild in the city even if they can.

Yet some are. Last week, the Illinois Department of Commerce and Economic Opportunity put out a list of 32 minority-owned business and business incubators who collectively were getting $11 million in grants to support expansions and revitalize their communities. Twenty-one were in Chicago.

This was a first-of-its-kind program here, bankrolled by bonds issued for the Rebuild Illinois capital improvements. A DCEO official said it drew more than 600 applications and more grants may be issued later this year.

So the winners survived the tough competition. They all have worthy stories, but I’m drawn to that of Stephanie Hart and her Brown Sugar Bakery, 328 E. 75th St. in Grand Crossing, known for its delectable and enormous cakes. She has both a retail store and manufacturing on 75th Street, and space was getting tight, as she also was supplying outlets in Austin and at Navy Pier.

They talked, laughed, and bonded, she a 57-year-old African American, and he a 74-year-old Greek American discovering how much they had in common. It ended up that Hart is acquiring Cupid Candies, the equipment, and the building, ensuring a business known to generations survives while it gets a good sugar jolt of fresh inventory from her baked goods. One day, Hart traveled about three and a half miles due west of her bakery to see John Stefanos, the owner of Cupid Candies at 7637 S. Western Ave. She heard he wanted to sell, and she was interested in the building.

They talked, laughed, and bonded, she a 57-year-old African American, and he a 74-year-old Greek American discovering how much they had in common. It ended up that Hart is acquiring Cupid Candies, the equipment, and the building, ensuring a business known to generations survives while it gets a good sugar jolt of fresh inventory from her baked goods.

Hart is getting the maximum state grant of $500,000 to support her ambitions. She said she’ll bring her cake manufacturing and shipping to the Cupid Candies site, keeping her 75th Street location as a retail outlet. Hart also gets Stefanos’ good counsel with candy and ice cream, and they are already inventing new products, such as a brownie encased in an ice cream bar and with a pretzel for the stick, all edible and good for the environment, if not the waistline.

“I get that he’s older and we have different backgrounds, and that’s OK. I believe in celebrating differences rather than insisting that people be homogenized. The important thing is that we’re both open to learning,” Hart said. She plans to keep Cupid’s 23 employees.

Cupid dates from 1936, when Stefanos’ late father Polyhronis, or “Paul,” founded it. It became a must-visit for Valentine’s Day or Mother’s Day for the Southwest Side in its “white ethnic” days. When that market moved southwest, Cupid put stores in Oak Lawn and Orland Park to follow it. But it stayed at its home base on Western Avenue, formerly a racial dividing line, and cultivated new customers among blacks and Hispanics.

John Stefanos said he’s thrilled to have found Hart as a steward for his life’s work. He suffers from multiple sclerosis and can’t take 80-hour work weeks anymore, although he’s keeping ownership of the two suburban stores. The man blends the styles of W.C. Fields and Henny Youngman. “I plan on sticking around and working another three, four years. Getting out of the house — it’s the only way I can save my marriage,” he said.

“No, seriously, my wife is the best thing that ever happened to me. Absolutely — but don’t tell her that.” Oops.

In the end, it’s a business deal. But maybe it carries a message about looking past outward differences and accomplishing something positive.

Other DCEO grant recipients include Liz Abunaw, owner of Forty Acres Fresh Market, a provider of pop-up produce markets on the West Side. She said she’s looking for her first brick-and-mortar store, preferably on Chicago Avenue in Austin.

The Brookins Funeral Home on the South Side is getting a grant for an events space for weddings and small concerts at 93rd Street and Ashland Avenue, next to its building. It’s not the sort of investment you associate with a funeral home, but co-owner Andrea Brookins said they are in the business of celebrating life and the arts.

And Bronzeville investor Bernard Loyd, whose Urban Juncture has revitalized East 51st Street, is getting money to expand services to business startups using the old Forum Hall, which dates from 1897 at 43rd Street and the Green Line.

Bravo and best wishes to all. They are the “green shoots” we are looking for and need.